Why Do We Need Our Nature Fix?

Nature is an integral part of complete wellbeing.

Read on to find out why…

Home / NEWS / Why Do We Need Our Nature Fix?

Nature is an intrinsic part of our wellbeing.

At the Believe Hotel Group we work to embrace our natural environment during every phase of our retreat planning and design, creating spaces as an ode to nature’s positive power and energy, stimulating an immersive healing experience as soon as our guests arrive.

The concept of Biophilia

A modern term for an ancient belief; biophilia describes the innate connection humans feel towards nature. Derived from the Greek word for ‘life’ and ‘love or affection,’ the literal translation is ‘love of life’.

First use of the word dates back to around 400 BC by the influential Greek philosopher Hippocrates, often referred to as ‘the father of Western medicine’. He developed the Hippocratic School of Medicine, rooted in the principle that good health is the expression of a harmonious balance between human nature, the environment and the individual’s way of life. According to Hippocrates, nature is the most significant aid in the maintenance of our general health and the greatest force in helping us to recover from disease.

While most research in the last decade has predominantly focused on the impact of nature on our wellbeing through looking at it, more recent studies are now taking a look at a fuller spectrum of benefits through full immersion in nature. While it is undeniable that gazing at a pretty flower or a majestic tree is pleasurable, we recognise that we humans are multi-sensory beings who have the capacity to experience sensual nourishment through five different senses, with unique benefits accessible through each one of them.

A nose for nature

Our nose, for example, processes scent in the olfactory bulb within our limbic system; it bypasses our rational mind and triggers an immediate response in our brain, based on our own individual emotions and memories. Our sense of smell develops in the womb, before we are born and before we are even able to see. Odours received by our scent receptors release mood-boosting, ‘feel-good’ neuro-transmitters like endorphins, serotonin (the happy hormone) and encephaline; which reduces pain and creates a feeling of wellbeing, so the reason we benefit from scent in nature is of both pharmacological and psychological benefit.

It’s even been found that inhaling organic compounds, such as limonene and pinene, released by certain forest trees can have antioxidant and anti-inflammatory effects on the airways, while breathing in terpenes (aromatic compounds found in many plants) may be also beneficial in supporting cognitive function and decreasing mental fatigue.

The act of breathing in these beneficial compounds is actually a vital aspect of popular wellbeing activity Shinrin-yoku (forest bathing), which originated as a method of therapy in Japan in the 1980s. It is also a key component in the practise known as aromatherapy; whereby essential oils are utilised to support the body’s innate healing mechanisms. 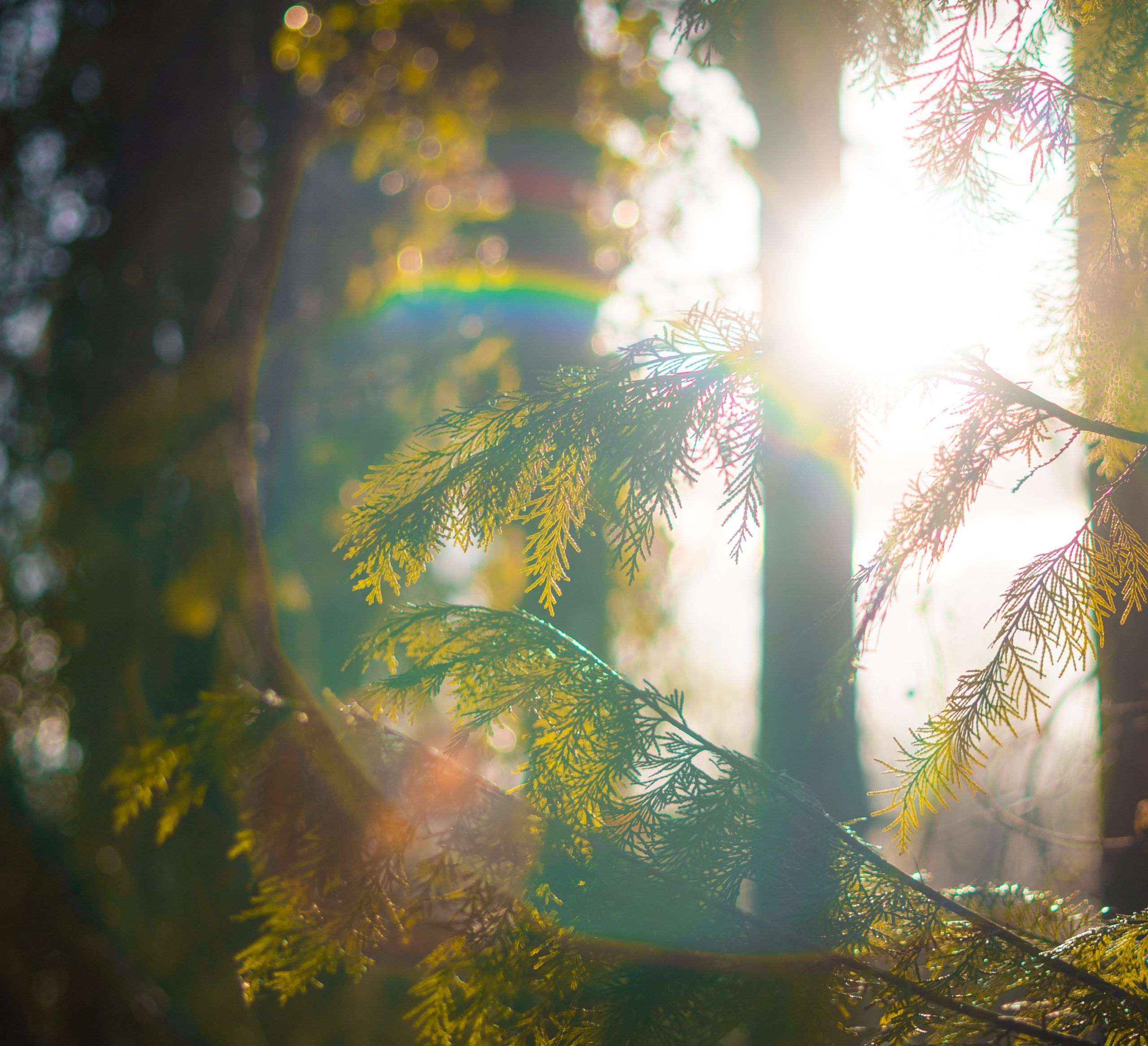 Tree oils like pine, cypress and juniper are favoured for respiratory conditions as well as possessing mood-boosting qualities.

Connecting with nature is not just about keeping us healthy, but also a way to learn more about ourselves, develop compassion and feel inspired. A recent Danish study found that nature has the capacity to enhance creativity by making us more curious, able to generate new ideas and be more flexible in our way of thinking.

Florence Williams summarises this perfectly in her book, The Nature Fix:

“We don’t experience natural environments enough to realize how restored they can make us feel, nor are we aware that studies also show they make us healthier, more creative, more empathetic and more apt to engage with the world and with each other. Nature, it turns out, is good for civilization.” 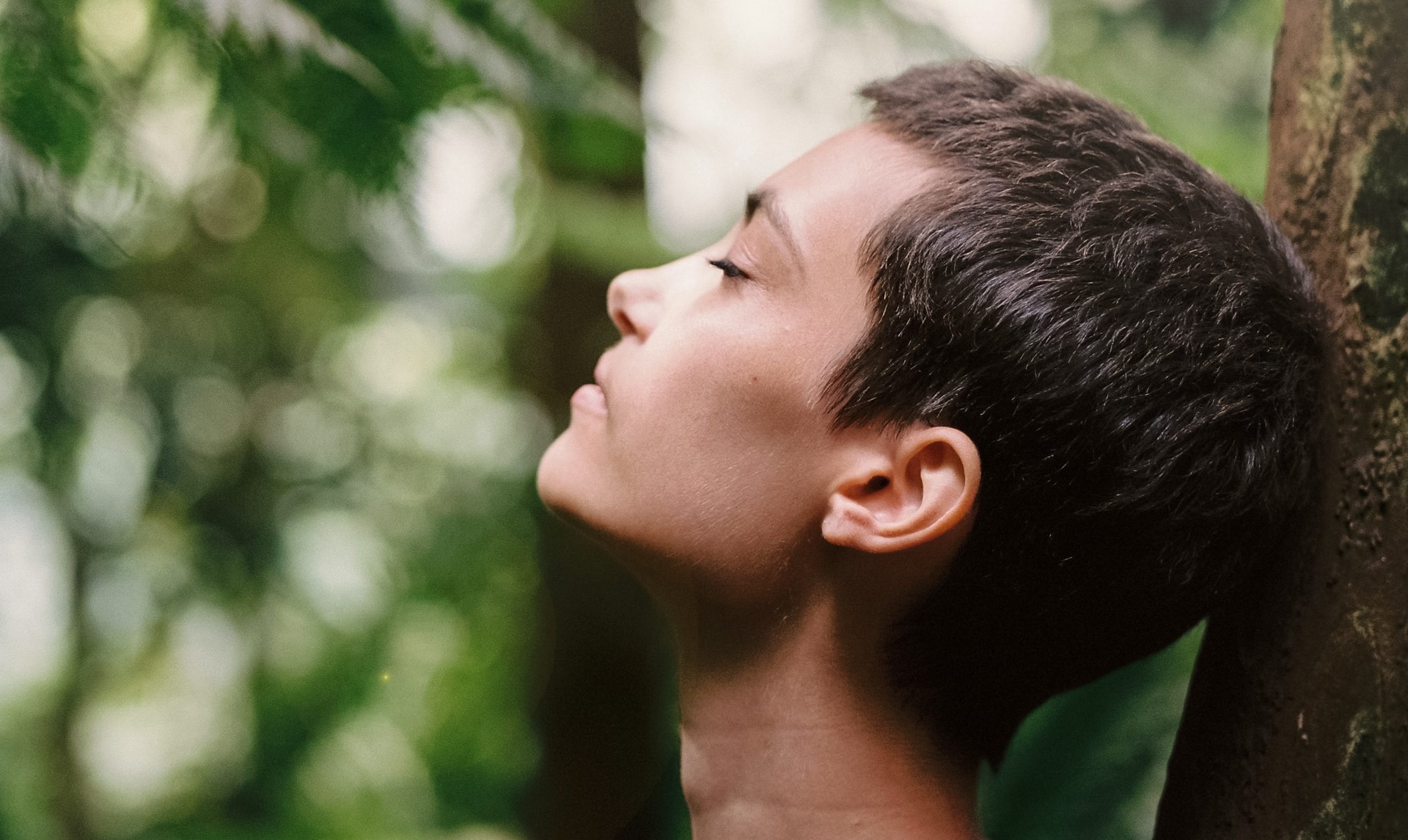 To us, the evidence is clear; nature is an integral part of complete wellbeing. While we may not be able to get enough of our ‘nature fix’ in everyday 21st century life, we want to ensure that your nature needs are met during your stay with us.

Find out how we plan to promote simplicity, patience and compassion in everything we do when we invite you to join us on our eco-friendly wellness retreats.

Discover the story behind our desire to inspire your creativity and why we deem the ability to get in touch with our creativeness such an important factor on our retreats.

Find out how we plan to take care of your wellbeing holistically, drawing inspiration from ancient Greek ideologies.